2014 was another eventful year, on a personal level and from a hobby perspective. The year where MH17 took lives too close to me. The year where The Netherlands fell short in the World Cup, but dominated in Olympic Ice Skating. The year where I had to say goodbye to my grandpa, and hello to my nephew and niece. I will write some things on my personal matters later. For this post, I will only regard the fun stuff. END_OF_DOCUMENT_TOKEN_TO_BE_REPLACED

I’m guessing One Week Friends was an easy series to recommend to me. If you follow my twitter, you’ll know I’m a big fan of shipping all sorts of characters. Initially I thought the series was charming, simple, I liked it. But the more I think about it, the less I want to. END_OF_DOCUMENT_TOKEN_TO_BE_REPLACED

In August of 2014 I took the pilgrimage to the holy land in the East. Click here for part one “Tokyo”.

Recently I’ve been rewatching Lucky Star and like any good show on otaku it includes a trip to comiket. I first watched it when I was fairly new to the whole anime thing. It might’ve even been the first time I’ve heard of comiket. No pilgrimage would be complete without this event. This is not the reason I tricked my friends (normals) into going to Japan in August. Believe me. Honestly, it’s not! END_OF_DOCUMENT_TOKEN_TO_BE_REPLACED

A day’s worth of climbing all for this picture.

こんにちは. This post is probably 4 months late but better late than never, right?

After years of dreaming, I finally made the pilgrimage to the holy land this summer! Three busy weeks filled with ramen, temples and otaku goods. I took this trip with some of my best friends. It’s already a miracle we could go together (money-wise and time-wise). I’ll try to make the post both personal and informative, but for those who want to skim there should be a good amount of photos too. END_OF_DOCUMENT_TOKEN_TO_BE_REPLACED

Can you believe it’s been six years?

It feels good to say you’ve been following a series since chapter one and all the way to chapter 268 I’ve been in love with The World God Only Knows.  That’s not to say the series doesn’t have its faults. The last arc felt empty and purposeless. The last chapter leaves us a bit unsatisfied. The series that’s been brilliant so far leaves a sour taste in its final words.

What a familiar feeling.

Enough about the bad stuff, let’s talk good memories! My favourite girl (and de facto best girl) is Takahara Ayumi. Positive cheerful girls have often been my favourite and chapter 1 had me hooked. Favourite arc is probably Yui’s arc. I love how everything got turned around. Remember shogi girl? Wrestling teacher? Before the grand arcs there were a lot of fun stand-alone chapters and smaller conquests and a lot of them are worth rereading.

By the way, did you notice the (lack of) quality of the scans? Scanlation has come a long way since this series started. The older chapters look and feel very aged. Their style of translation is (or should be) taboo nowadays.

Things change over the course of 26 volumes and three anime seasons. As the series progressed, the author and/or the editors felt that the series needed to be grander and more ambitious to keep being serialized. That aspiration to heights also caused its demise, stretching the series thinner with each cliffhanger every week.

But I can’t fault ambition. So I will remember it fondly.

I commend my secret santa for recommending me Lovely Complex, Simoun and Gundam 0080: War in the Pocket. As I expected, I could not last with the first two series (for Lovely Complex, I read the manga instead; for Simoun, it’s complicated). But War in the Pocket is short and sweet and certainly one I would’ve overlooked. Like 08th MS Team, which came after this, War in the Pocket takes on a different viewpoint and I always enjoy such a break from the standard.

It’s not often I watch an anime series older than myself. The staleness of most anime from the 80’s is something I have trouble dealing with. For similar reasons I struggle enjoying a lot of the older U.C. Gundams. I want to like them, I try my best to like them, but it’s so hard to like them. All of this actually doesn’t hold for War in the Pocket. Animation feels fluid and the story moves quickly, perhaps because the length of a six episode OVA series condenses everything. Either way, rigidness is not the reason I dislike War in the Pocket.

The reason is I really really hate children in anime.

I thought I disliked whiny teenagers, but ignorant kids topple everything for me. Alfred, our 11-year old main character takes the spotlight for most of the series and, frankly, seeing him come to terms with reality in the latter three episodes is one of the most satisfying things I could bear to watch. Certainly, feeling so annoyed with Al reinforces any feeling I get from the ending. In that sense, War in the Pocket has succeeded. Bravo! As much as I appreciate War in the Pocket for that, it’s not the kind of series I could ever bear to rewatch. Instead, I will remember its ending fondly: a soul crushing reality for an 11-year old kid, for whom we fight wars so they may stay ignorant.

For those who don’t know Secret Santa…

In my first year of participation, I got to choose between Tekkon Kinkreet, Manabi Straight, and House of Five Leaves. Since I’ve already been interested in the last one since a while ago, I decided to go with that. Both my and my santa’s hunch was right. This show is definitely one I’d recommend to all of you. END_OF_DOCUMENT_TOKEN_TO_BE_REPLACED

In case you didn’t know, I joined this thing so you should all check it out (all 5 of you). Which leaves me with this blog.

I’m going to open it up for a bigger variety of topics. Where I previously limited myself to mostly anime, manga and light novel related topics, I’m also eager to talk about esports, musical endeavours, computer science and many such other things. Aside from that I still plan on blogging about the usual modern media of the far east, but you can expect posts with a bit more consistency on the previously mentioned Anime Audio Log.

And I also have an announcement for Christmas.

But until Christmas, there’s nothing planned. The usual business of daily life grabs me, illness, projects, social life and other demons.

That’s about it. See you on Christmas.

I would never say I’m smart, but if grades are any indication I have an aptitude for academic courses at the very least. I’ve had the pleasure of attending a good and rather elitist school for my secondary education. I go to a good university in which I perform as is expected of me. But the reason I would never say I’m smart is that I’ve met some really smart people. END_OF_DOCUMENT_TOKEN_TO_BE_REPLACED 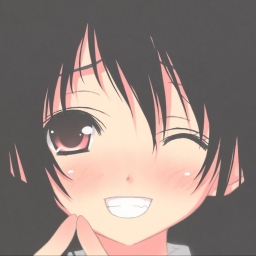 My Tweets
Numbers and space
Blog at WordPress.com.
Loading Comments...